The reason for installing solar with battery backup was not just to save the planet but to get rid of the monthly electricity bill and given the right weather conditions generate enough power to supply to the main grid and receive payment for power supplied.

I didn’t look at this as how quickly could it pay for itself as a solar investment, I looked at it from the following points of view;

−     Financial Investment; if I took the same amount of cost for the installation, what return would I receive on a monthly basis from a Superfund or from a bank’s long-term investment

As I have a renewable energy back-ground I knew generation was the key to the success of my main goal, which was to end the monthly electricity bill and be paid for generating power.

·         The first thing I had to do was convince the solar installation companies that I wanted more generation then I required for my home, which seemed to confuse them

·         Maintenance of the system over its lifespan had to be taken into consideration between replacement panels, inverters and batteries

This is where receiving payment for supplying power to the National Grid comes into play as this is not to be looked at as an income, but as a fund for the maintenance of the system during its lifecycle. The investment part comes from receiving a bigger return on the dollars invested in the solar system versus a monthly return from a Superfund or a bank on a monthly basis, by not paying an electricity bill of anywhere between $100 and $300 a month depending on the time of year. This was my real financial gain.

In researching the above I came across Green Fox NZ agents for kilowatt Labs Super Capacitor, the first thing that struck me was the 45-year lifespan which doubled lifespan of the solar installation. The other key factor was how this battery operated as it is not your conventional type of battery. As you can see from the below picture of a 24-hour cycle. The battery charges up very quickly (unlike conventional batteries which trickle feed) and once charged it allows the solar power to direct all its power to either the local electricity network, while maintaining what is required for the property. The below demonstrates this operation as it is now been working in my property for the past six weeks, please see below; 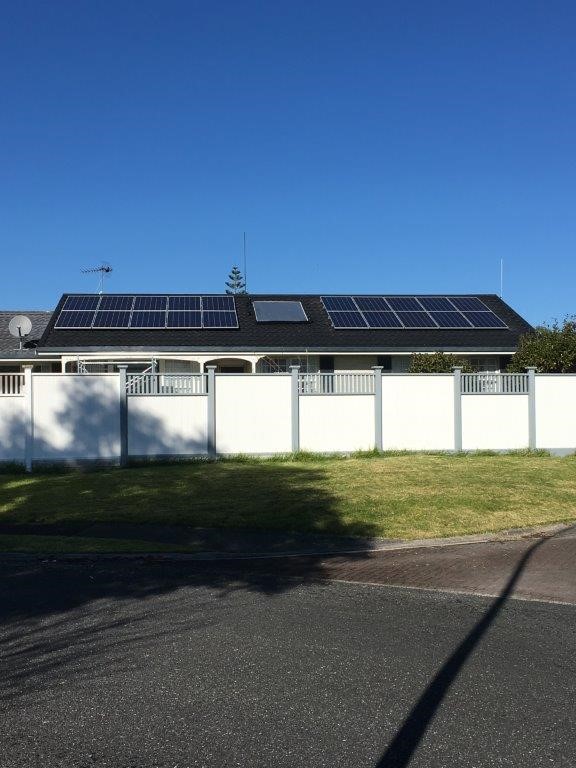 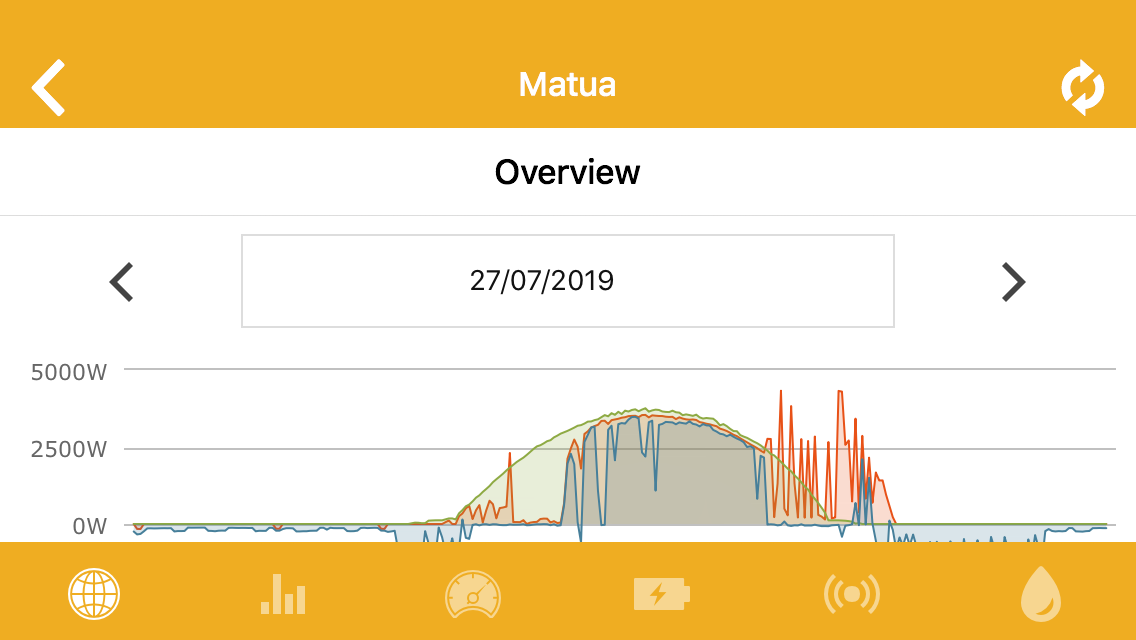 Everything above the 0W line is what is being generated by the solar system and charging the battery system, and at the end of the day showing in red is the battery coming into play as the sun goes down. Everything below the 0W is coming in from the local network. 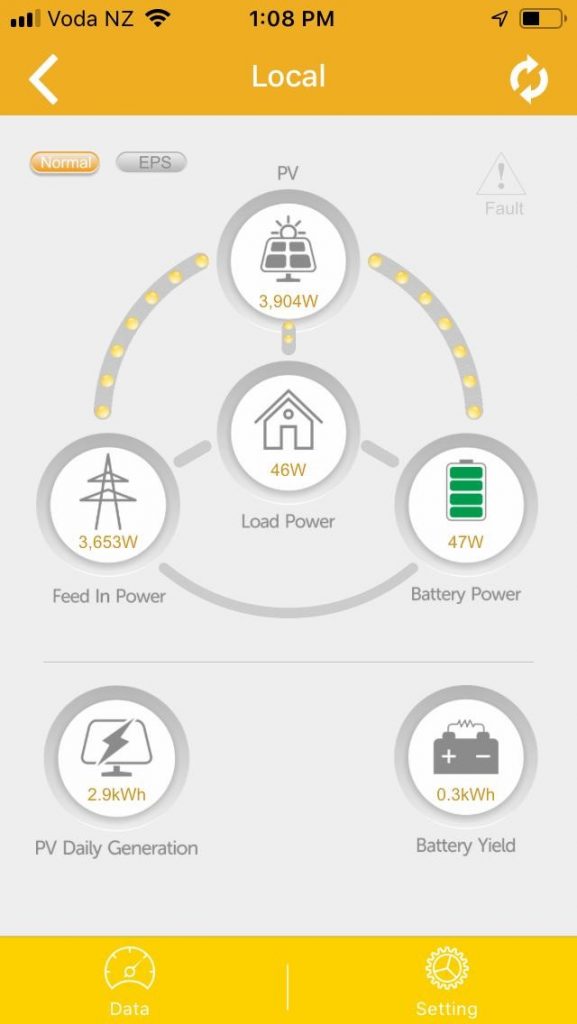 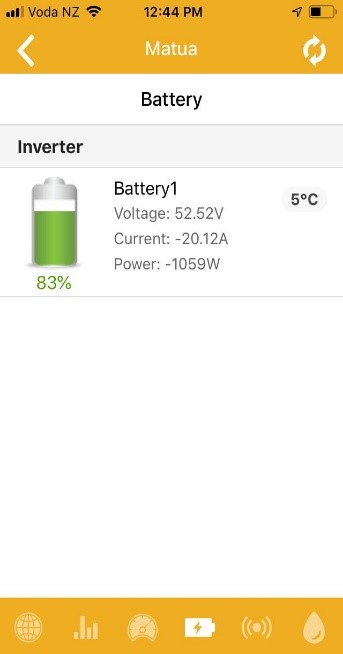 These images demonstrates how the inverter distributes the solar power firstly mainly into the battery once it has maintained the power for the property and then as the battery is fully charged, manages all three systems with most of the power now being fed to the local network.

This image demonstrates how the system is set up in the garage and how the 20 panels sit on my roof, little point here I painted the roof black before installation which helps to lessen the scenic impact. It is also worth mentioning the set up in the garage; as the Super Capacitor will not carrying the same Health & Safety risk as normal batteries (Lead Acid & Lithuim),  key factor is H&S Standards for battery installation around private properties is in the review process (Australia and New Zealand) and is going to be very strict when released. The Super Capacitor I believe will not carry the same restrictions as normal batteries (Lead Acid & Lithuim) regarding installation and installing additional safety requirements to meet the new safety regulated requirements.

The above exercise is calculated on having the funds available up front.

For real time information about this system check out: http://www.solax-portal.com/dz/home/overview/260150 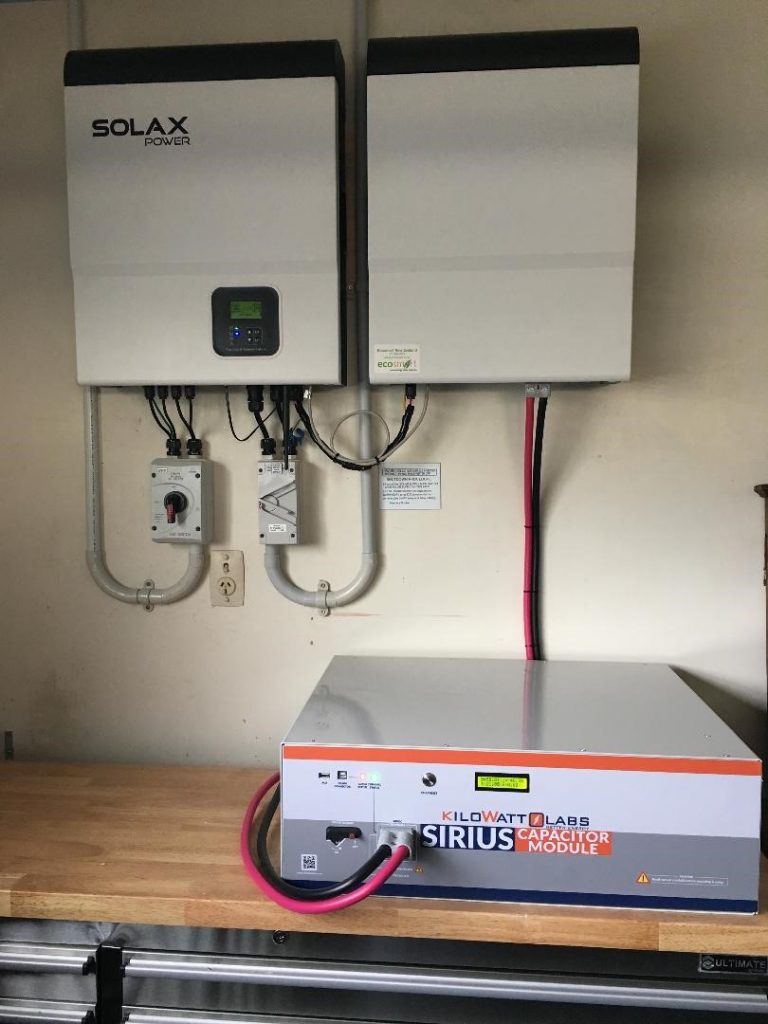